For personal reasons, Professora LUÍSA NETO will not be able to present her keynote talk at the conference as previously announced. We are sorry for any inconvenience caused. 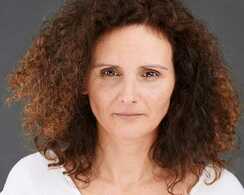 ​ANA LEONOR SANTOS is Professor at University of Beira Interior (UBI), in Portugal, and researcher at LabCom.IFP – Communication, Philosophy, Humanities. She graduated in Philosophy from the UCP - the Catholic University of Portugal (Lisbon) and she obtained her Master’s Degree in Philosophy and her PhD in Philosophy from University of Beira Interior.
Her primary focus of research is on ethics and philosophy of action. Specifically, she is working on the relationship between neuroscience, philosophy of action and ethics. Simultaneously, she works on topics of applied ethics, related to her classes and seminars at university. She published various articles, book chapters and books on several topics, such as neurophilosophy, media ethics, ethics and cinema, and made many conference presentations in Portugal, Spain, Brazil and France. The titles of her last books are: Manipulação e Persuasão [Manipulation and Persuasion] (co-ed.) (Fénix, 2015); A Natureza da Acção. Elementos para uma neurofilosofia do agir [The Nature of Action. Elements for a neurophilosophy of acting] (LabCom.IFP, 2016); Sobre Suspeita e Culturas de Desconfiança [About Suspicion and Cultures of Distrust] (co-ed.) (Minerva, 2018). In 2005 she won the D. Dinis award (in Philosophy), created by Agostinho da Silva and attributed by Montepio Geral Foundation. She is vice president of Ethics Committee of University of Beira Interior. 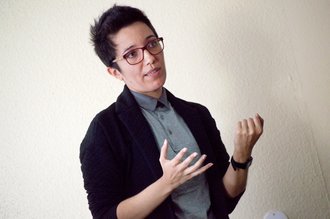 CÁTIA FARIA is a postdoctoral researcher of the Foundation for Science and Technology at the Centre for Ethics, Politics and Society at the University of Minho and the coordinator of the Research Group in Applied Ethics of the same centre. She is also a board member of the Centre for Animal Ethics at Pompeu Fabra University (Barcelona) and has been a lecturer in Ethics and Sustainability at the same university. She works in normative and applied ethics, in particular, in how they relate to the consideration of nonhuman animals. Moreover, she is interested in how distributive principles apply to nonhuman animals and what this entails regarding our reasons to improve their well-being. She is currently interested on the impact of our current decisions on future sentient individuals, especially in what regards risks of astronomical suffering. She is also more broadly interested in analytic approaches to the wrongness of discrimination as well as to other moral issues concerning gender and sexuality. Her latest publications include “A flimsy case for the use of non-human primates in research: a reply to Arnason”, Journal of  Medical Ethics (2017), “Why we should not postpone awareness of wild animal suffering”, Animal Sentience (2016), and “Disentangling obligations of assistance: a reply to Palmer”, Relations (2015). She has a master’s in Cognitive Sciences from the University of Barcelona and a BA in Philosophy from the University of Porto. She has been a visiting student at the Uehiro Centre for Practical Ethics at the University of Oxford and at the Faculty of Philosophy at the University of Santiago de Compostela. 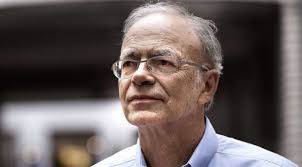 ​
​PETER SINGER, born in Melbourne, Australia (1946) and educated at the University of Melbourne and the University of Oxford.  After teaching in England, the United States, and Australia, in 1999, he became Ira W. DeCamp Professor of Bioethics in the University Center for Human Values at Princeton University.  Since 2005 he has combined that role with the position of Laureate Professor at the University of Melbourne, in the School of Historical and Philosophical Studies. He has been considered several times one of the “world’s most influential living philosopher”.  He co-founded the Australian Federation of Animal Societies, now Animals Australia, the country's largest and most effective animal organization. He is the founder of The Life You Can Save, an organization based on his book of the same name. His writings include: the 1972 essay “Famine, Affluence, and Morality”, the books "Animal Liberation" (1975), “The Life You Can Save” (2009) and “The Most Good You Can Do” (2015). He has written, co-authored, edited or co-edited more than 50 books, including “Practical Ethics”, “The Expanding Circle, Rethinking Life and Death”, “One World”, “The Ethics of What We Eat” (with Jim Mason) and “The Point of View of the Universe” (with Katarzyna de Lazari-Radek. Some of his books are translated in more tan 25 languages. More info: https://petersinger.info .
​ 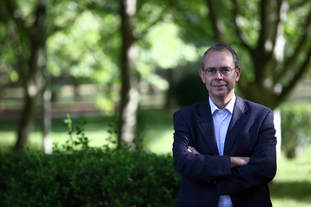 ​Viriato Soromenho-Marques (1957) teaches Political Philosophy, Philosophy of Nature, and European Ideas in the Departments of Philosophy and European Studies of the University of Lisbon, where he is Full Professor. Since 1978 he has been engaged in the civic environmental movement in Portugal and Europe. He was Chairman of Quercus (1992-1995). He is member of the National Council on Environment and Sustainable Development. In 2017 he was invited to become a Board’s Special Advisor of the newly created Fundação Oceano Azul (Blue Ocean Foundation). He was Vice-Chair of the European Environmental and Sustainable Development Advisory Councils network (2001-2006). In 2004 he was invited by the Portuguese Prime-Minister to be one of the five authors of the Portuguese National Strategy for Sustainable Development. In 1997 he received from the Presidency of the Portuguese Republic the degree of «Grande Oficial da Ordem do Mérito Civil» and in 2006 the degree of «Grande Oficial da Ordem do Infante Dom Henrique». He was the scientific coordinator of the Gulbenkian Environment Program (2007-2011). This Program provided over 2 million euros of funding resources to numerous sustainable projects both in Portugal as well in countries like Armenia, Mozambique and India. He was one of the twelve members of the High Level Group on Energy and Climate Change by invitation of the President of the European Commission (2007-2010). He is correspondent member of the Lisbon Academy of Sciences, Class of Humanities (Letras), since 2008, and from the Marine Academy since 2012. He was the representative of public opinion in the Press Council (1985-1987). He is a regular contributor to some Portuguese mass media and particularly, the Portuguese and Brazilian Sections of the BBC. Among other Prizes and distinctions he was awarded with the Environment Quercus 2011 Prize, and considered in 2009 by the daily newspaper Correio da Manhã, as one of the 30 most outstanding personalities in the recent three decades. In 2014 he was also awarded with the Federação Portuguesa do Pulmão Prize (medical association of respiratory illnesses). The German Heinrich Böll Stiftung (HBS) considered his text (co-authored with Ricardo Cabral) “Portugal: 40 Years of Democracy and Integration in the European Union”, published within the realm of the HBS European Policy Programme, as the “Article of the Year 2014”. He wrote over four hundred works on Philosophy, Environment Federalism and International Relations matters. He was speaker in over one thousand conferences in Portugal and twenty three other countries. Some of his texts and books are translated to Spanish, French, English, German, Norwegian and Mandarin. Finally, he is the current President of the Portuguese Enviromental Ethics Society.